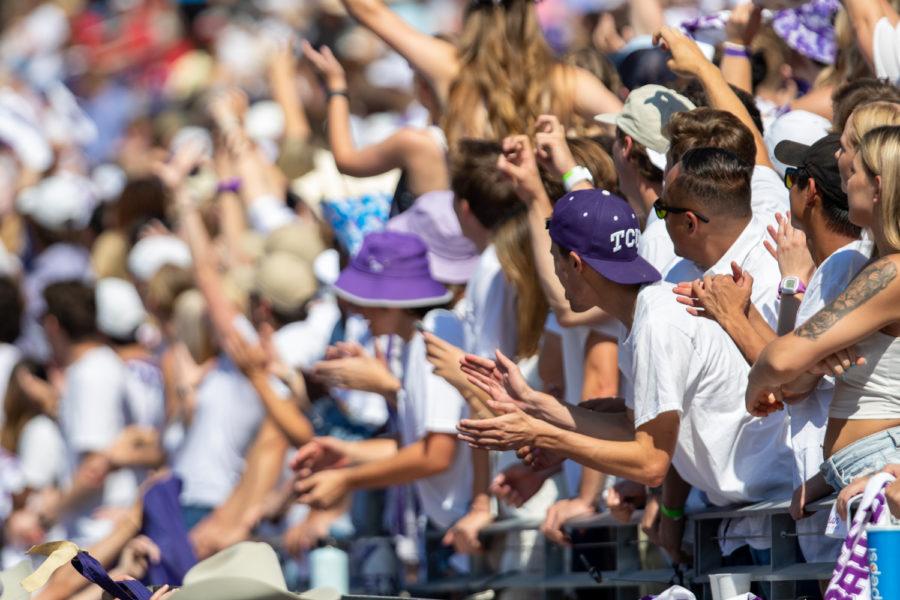 This year’s Iron Skillet matchup has more riding on it than bragging rights in the decades old rivalry between the Horned Frogs and SMU Mustangs.

Saturday’s game will mark the first time the teams have met since TCU sent a helicopter to pick up newly-hired head coach Sonny Dykes, who previously coached at SMU.

There’s bad blood between the two teams, from tweets last year to coaching changes this year.

“If I bought a ticket to the game, I’d boo me too,” Dykes said Tuesday when asked about the reception he expects to receive from SMU fans.

But there will be many Horned Frogs in the stands to cheer on the team. For the first time in recent history, TCU athletics bought 400 tickets to give to students who want to attend the game.

Students started lining up at the ticket offices outside Schollmaier Arena Monday morning as early as 4:55 a.m. By 7:15 a.m. the line snaked out the sidewalk along Stadium Drive. Students brought chairs and snacks to help pass the time.

Dykes, along with the leaders of Frog Club, handed out donuts and wristbands. At 7:53 a.m. the ticket office opened. The last ticket was handed out around 9:30 a.m.

First-year students Matthew Miller, a pre-business major, and Strong Beverly, a sports broadcasting major, were up early and in line at 5 a.m. Sophomore finance major EK Bell said she and her friends were in line at 6 a.m.

“This is the first time I’ve been to something like this since I’ve been here,” said Coleton Evans, a senior music major. “It’s hard to turn down a free ticket to a game with this much anticipation, even if it means being here this early.”