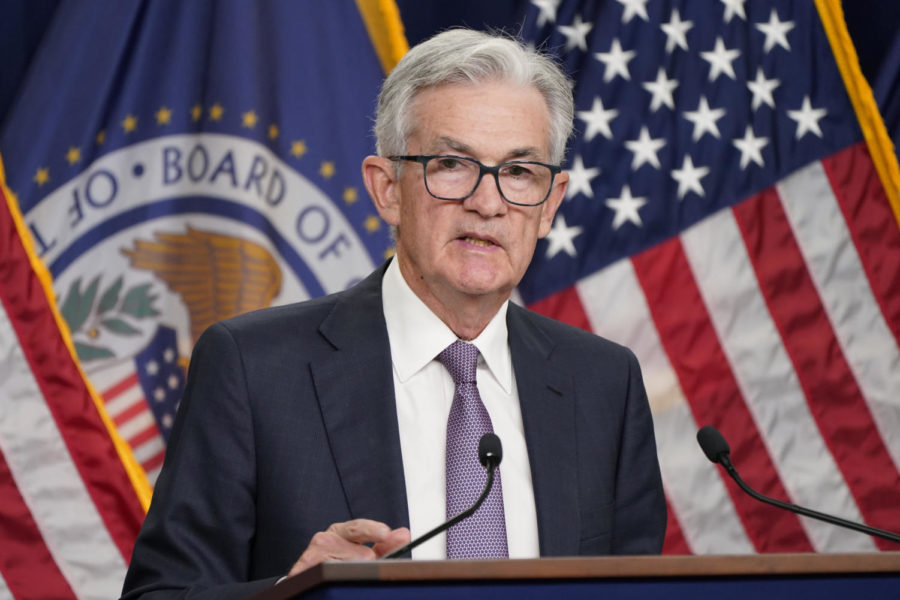 Federal Reserve Chair Jerome Powell speaks at a news conference Wednesday, Sept. 21, 2022, at the Federal Reserve Board Building, in Washington. Intensifying its fight against chronically high inflation, the Federal Reserve raised its key interest rate by a substantial three-quarters of a point for a third straight time, an aggressive pace that is heightening the risk of an eventual recession. (AP Photo/Jacquelyn Martin)

The Fed has increased the interest rate by three-quarters of a percentage point in an attempt to combat the most rapid inflation in the last 40 years, according to The New York Times.

The Fed has made it a priority to eliminate the poor inflation rate.

“If we don’t get inflation down, we’re in trouble,” Fed governor Christopher Waller said this month. “So that’s the number one job.”

The official decision to raise the interest rate was decided by the Fed’s 12-member rate-setting committee on Wednesday. This is an ongoing issue, however, and changes may be made suddenly to resolve this issue.
Norwegian chess grandmaster Magnus Carlsen resigns

Magnus Carlsen, a world-renowned chess player, stepped down from his chess match against American chess grandmaster Hans Niemann after just one move, according to The Washington Post.

The original match against Carlsen and Niemann took place on September 4, 2022, but a rematch was scheduled for this Monday. During the ongoing Sinquefield Cup, Niemann won the original match, but a cryptic tweet published by Carlsen after the match sparked controversy.

A rematch was held on Monday through Chess.com and was live-streamed on Twitch to viewers worldwide. However, Carlsen suspected Niemann was cheating and quit after the first move.

The sudden withdraw from Carlsen confused the chess community as a whole.

“We’re going to try to get an update on this,” said analyst and international chess master Tania Sachdev. “Magnus Carlsen just resigned. Got up and left. Switched off his camera, and that’s all we know right now.”
Two anonymous winners claim $1.34 billion Mega Millions lottery prize

This is the third-largest jackpot in U.S. history, according to the Illinois Lottery.

The two individuals, who chose to remain anonymous, ended up taking home $780.5 million after taxes.

When the two winners claimed their winnings, Luis Rodriguez, an Illinois Lottery Claims Manager who has been working for the Illinois Lottery for five years, said this was the largest amount she has ever had to deal with.

“When we met with the winners’ lawyers there was a real buzz of excitement in the room,” said Rodriguez.
Hundreds arrested in Russia during anti-war protests

Outraged citizens across Russia are protesting against Russian President Vladmir Putin’s decision to call up thousands of extra troops to fight in Ukraine, according to BBC News.

The Moscow prosecutor’s office sent out multiple warnings on Wednesday telling citizens if they are seen participating in anti-war protests, they can serve up to 15 years in jail.

Dozens of videos have emerged on social media including one of a man who was dragged by multiple police officers outside of a Moscow Metro station, Arbatskaya. In the video, other protestors gathered in the street yelling “let him go,” as he was carried away, according to CNN.

Arrest numbers continue to increase as Russian citizens become even angrier. So far, over 1,300 people have been arrested in cities including Moscow and St Petersburg, according to an independent protest monitoring group.